I missed quite a few hours of sleep this week because I was unable to put Kate Quinn’s brilliant novel The Alice Network down. The main characters are so lively and real I couldn’t wait to get to know them better and learn about what happened to them and their loved ones. Some of the characters don’t just seem real, they were real. The Alice Network was the most efficient spy network of WW I, run by Alice Dubois, whose real name was Louise de Bettignies. Although she was well known by contemporary British intelligence and military men and fiercely hated by the Germans, she’s not very well known today.

Spying wasn’t cool before James Bond and Covert Affairs and female spies had it even worse. Despite the very difficult and dangerous circumstances in which they had to live they were supposed to behave like saints. If they didn’t they were quickly assumed to be whores. The book tells the story of Eve Gardiner (a fictional character), a file girl who desperately wants to prove that she is capable of greater things. Eve has a stammer, which makes people think she’s simple-minded and weak. She has a soft and innocent face but she is an exceptionally good liar. And not simple-minded at all. 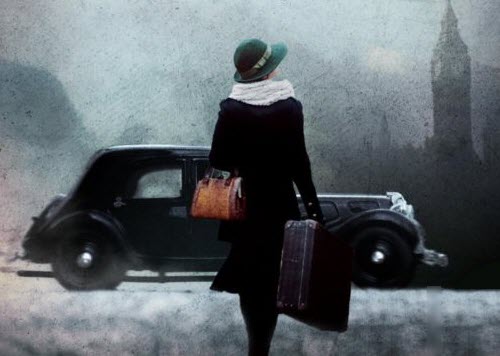 The story of Eve, which plays in 1915, is alternated with that of Charlie St. Clair, which plays in 1947. Charlie is the daughter of rich parents. Her brother fought in WW II and was unable to adjust to regular life afterward. He killed himself, leaving her parents heartbroken and Charlie wrecked with guild. Charlie is a math wizard, but after her brothers dead she starts missing school and gets herself pregnant. To make things right with the world she wants to find her cousin Rose, who went missing during the war. It’s this search that makes the paths of Charlie and Eve cross.

Quinn very quickly makes you fall in love with the characters (or hate them in some cases). They are trapped in very difficult situations, but at some level, I still wanted to be both Eve and Charlie. Eve’s courage is incomprehensible and her strength is out of this world. If I compare Eve’s life with mine I’m not allowed to complain ever again (don’t worry, I still will) and yet she remains determined and brave and never gives up. Thinking about the role that women like her played in both wars makes me feel humbled and proud to be a woman.

Charlie loves very passionately and has a similar unwavering determination. She also has a problem that she tries to ignore, even though that’s proving impossible. She hates the fancy but inconvenient clothes that her mum wants her dressed in. While her mother sends her to college to find a good husband, Charlie actually wants to make something of her life. She’s not content with the idea of just being someone’s wife.

Books like this (and the news) make me wonder what I will do if a war would break out. It’s easy to argue that we are already at a point where we should all be fighting to try and save the world from overheating and getting covered in plastic waste. That we should fight against the rise of hate of everyone who is not exactly like you. When will I start to fight? I minimize the amount of plastic packaging that I use, I have a reusable tea mug at work, I eat very little meat, I’m kind to the people around me and I regularly check my biases, but none of this is revolutionary, nor is it going to save the world. I’m a terrible liar and all my emotions are clearly displayed on my face, so I will never be a spy (or a good poker player). But there are so many for other types of activism. When will I take action? What will it take for me to step up?

I have no idea and it worries me.

2 thoughts on “The Alice Network – impossible to put down”